The Game Boy Color was the first foray into portable gaming for many. Its simple, pocketable form and sturdy build made it the perfect entertainment device for kids. Its vast library of games made it the perfect companion for long car rides, birthday parties, a trip to grandmas, or Saturday mornings lounging on the couch.

There's something special about going back and playing the old classics. Sure, many can be downloaded on the 3DS virtual console or emulated on one of the many obscure handhelds being produced, but it just doesn't feel quite the same. There's no denying how great this device feels in the hands, not to mention the nostalgia it brings.

The GB Boy Colour, in addition to playing original Game Boy and Game Boy Color cartridges, supports multiplayer via link-cable, has a headphone jack, and can be powered via AC adapter. Physically, it's practically identical to the real thing, though it is slightly bigger. Unlike a lot of knockoff handhelds, this one is surprisingly well built. The battery life is excellent, giving enough playtime even on store-brand batteries to play through the majority of Link's Awakening, and the speaker is significantly louder than that on the original GBC.

Aside from the back-lit screen, the biggest reason to hunt one of these units down is for the 66 built-in games. These include the likes of Super Mario Land, Contra, Tetris, DuckTales, Donkey Kong, Alleyway, Tennis and Dr. Mario, making this even closer to the mythical "Game Boy Classic" than you might imagine.

Whether you're a handheld enthusiast looking for the next cool toy for your collection or just want to experience those classic games from your childhood a second time around, the GB Boy Colour is well worth owning. 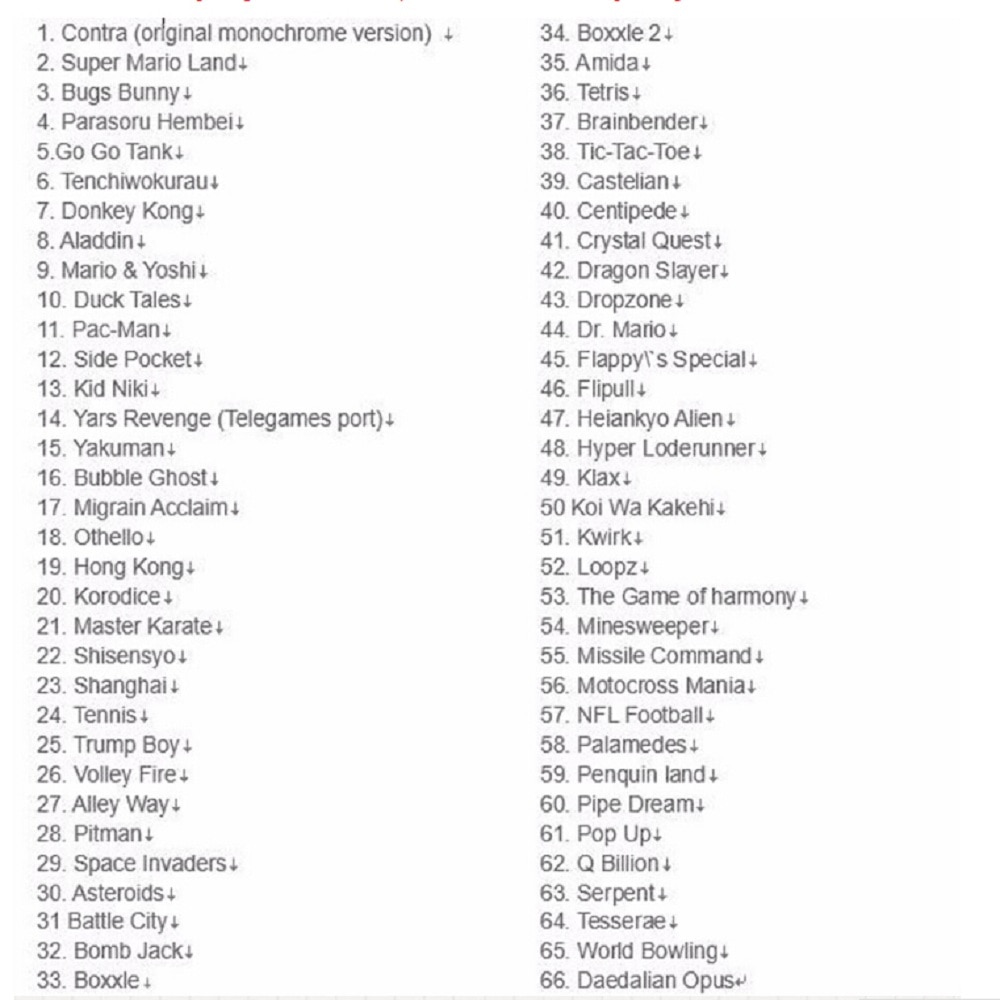